The days of the week are:

The name of the days and months always start with a capital letter.

2004:     twenty (hundred and) oh-four; although two thousand and four is equally correct.

In conversation, the bracketed portions are generally dropped.

Dates may be written in any of the following ways:

In talking, one would say the 1st of January, twenty oh-one, or January the first, two thousand and one, and so on.

"In the tenth century" is expressed as in the nine hundreds or between nine hundred and one thousand, and so on.

The letters B.C. (before Christ) are put after dates before the Christian era; dates after Christ's birth may have the letters A.D. (Anno Domini) after them.

NOTE. The learner is already familiar with the use of the prepositions at, in, and on in connection with time. At this point, however, it may be useful to review these uses, introducing the calendar terms into our examples and referring to particular times of day. It was pointed out in Step 12 that positions in time are thought of, like positions in space, as being at a point, or on a line, or in a circle. We think of a particular second, minute, or hour as being a point of time, of a day (or the morning or night of a particular day) as a line, and of a week, month, season, or year as a circle. Thus we say:

At this second I saw him; the play will be over at ten minutes past five; our meal is at seven ; come on Saturday ; she was late on Wednesday morning ; the meeting will take place in the last week of February ; it is generally warm in July ; they go south in the winter ; the 850 words of Basic English were first printed in 1928.

Exercises of the calendar

1. Learn this rhyme about the days of the week:

A sneeze on Monday is a sneeze for danger;

A sneeze on Tuesday is for something stranger;

A sneeze on Wednesday is a sneeze for a letter;

A sneeze on Thursday is for something better;

A sneeze on Friday is a sneeze for pain;

A sneeze on Saturday, see your loved one again.

2. Learn this rhyme about the months:

All the rest have thirty-one,

But for February, my dear,

Which has twenty-eight days clear,

And twenty-nine in the fourth year.

Which are the months which have thirty-one days?

4. Write these dates as they would normally be written:

5. read the next dates.  Dates on letters are sometimes written in figures.

In Europe the day of the month is given first, then the month, and finally the last two figures of the year.

In North America the month is given first, then the day of the month, then the last two figures of the year or the entire four-number year

A computer person might write year, then month, then day so that a computer will sort them in proper order.

A TALK ON THE TELEPHONE 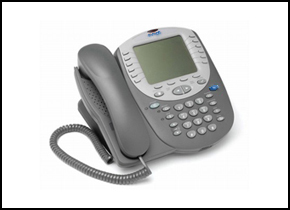 Hallo!: A cry used to get someone's attention or on meeting and so on.   In North America, this is: Hello!

Is that the exchange?:  A telephone office at which the connections are made between telephone lines (see under) is an exchange.   Of course, telephones are now automatic.

On this line: the line is the wire joining the telephone instrument to the exchange. Take note of the use of on.

Week-end: Saturday and Sunday, the days at the end of the week, when most offices and so on are shut.

Offspring:  The sons(s) and /or daughters(s) of a person or animal. When talking of more than one, it goes with are and so on. Used of persons, outside science, the word gives a suggestion of humor.

That is, the boys: That is, is used when one is about to say something more clearly or give more details than in an earlier statement.

We have a position: Position is used in the sense of 'place for or of a worker'.

Power of organization: Organization is used here in the sense of getting an ordered system, or organization' to do something.

Book-keeping: The accounts of a business are kept in books, so keeping its accounts is frequently talked of as keeping its books, from which come book-keeping and book-keeper.

Our special system of book-keeping: System is used here in the sense of 'regular way worded out for doing something.'

Working his way up: Working one's way to some point or position is getting there by hard work.

Week-day: Any day but Sunday or, now, Saturday is not a regular work or school day.

Let me have a look: Let me is a form commonly used in talk when one is going to keep someone waiting while one does something: it is a sort of request for the time needed.

He hasn't much polish: A person is said to have polish when he has the pleasing behavior and good taste in dress of one who is used to being in good society.

Come about: The sense of come about is very near to that of take place, but it gives the suggestion that the event or condition is the outcome of a chain of events or chances.

Have nothing more to do with: Have no further connection with. In the same way, one may have something, much and so on to do with.

The head of the business: Business is here used in the sense of a 'business organization'.

To my surprise: In a way giving surprise to me. To may be used with some other names of feelings, such as disgust and amusement, in the same way.

Designs for making our position stronger: An idea for doing something, a purpose which one has in mind, is a design. This is like the designs of a house which are made on paper before building it.

Overseas: In or countries over (across) the sea, far away.

If we take up his machines: One is said to take up anything (work, an idea, and so on) when one makes it one's business, give it one's attention, support.

In this field: A division of knowledge, operation, and so on, is named a field.

There’s probably something in it:  There's probably some sense in the idea. Statements of this sort are very common in everyday talk. See "There's nothing in it" (Step 34).

In view of:  Keeping in view in one's mind, taking into account.

Jackson' past record: A person's record is the facts about what he has done in the past, of which others have knowledge.

Keep an eye on: Take note of this way of saying 'keep under observation."

I have been cut off: When a telephone connection is broken, the persons who were talking are said to be cut off. More generally, a place or person is said to be cut off (from society, other places) when separated by distance or other conditions making it hard to keep in touch.

It's shocking: One says loosely that something is shocking when it is very bad and one has a poor opinion of it. A thing may be shocking in this sense without causing a shock of any sort.

Put all his cards on the table: Make clear what his purpose is, keep nothing secret, as if, in playing cards, he let their faces be seen.

In detail: Giving all the details.

Outline: A thing's outline is its form as it might be pictured with a line marking the outer edge and no details. So the word is used for an account which gives only the chief points about something and not the details.

This branch of engineering: Engineering is the work of an engineer. There is no “-ed” form, and naturally, no “-er” form. A branch of some field of knowledge is a division or part of it. Engineered now means "designed".

A man of great learning: Learning is the knowledge which one gets by learning from books.

Taken any further steps about: An act done for the purpose of causing some effect is, as one might say, a step taken in the direction of causing it. So such acts are talked of as steps.

The wording: the words used for saying something.

The condition . . . increasing your profit: By expansion, a condition is something, some condition of things (or the statement of this), on which the taking place of an act is made dependent.

You see: We say this when making something clear to a person.

Money . . . put into advertisement: In a business sense, to put money into something is to make use of it for that purpose. -- Advertisement is here used in the sense of 'getting public attention by advertisement and so on.'

If that gets over your trouble: The trouble is in the way, an is looked on as being got over like a wall.

By the way: This is used as a sign that one is about to say something unimportant or having little connection with what has gone before.

Trade papers: Any special branch of trade is a trade. A trade paper is a paper which gives news about a trade.

The electric plant: A works together with its machines, engines, and so on is named a plant, no doubt because like a natural plant, it is s producing unit, giving us the fruits of industry. From this, the machines and apparatus by themselves come to have the same name, but generally in the sense plant is used without a..

Copyright:  The right of controlling the printing and putting on the market of copies of a book, picture, and so on for a time fixed by law.

The reader of the paper: A bit of writing on some question is a paper. In societies, the reader of a paper is generally the writer of it.

A pleasure is in store for me: Something which is waiting for a person, coming to him in the future, is said to be in store for him.

Then I'll see you on Friday: Then is frequently used in talk, as here, with the sense 'that being so, the facts being what they are.'

1. Make use of these in two different senses. It is not necessary to keep the root forms of come , let , get and take.

2. Give a word in your language which has the sense of:

3. In every group of statements there is one word which will make all the statements complete. Put the right word.

5. Give, in Basic, a telephone talk between two persons who are having a discussion about when and where they are going to see one another.

6. Make these statements complete by putting a word in every space.

7. Give the answers in Basic:

(a) What details were given about the young man who was offered a business position?
A:

(b) What did Dick do before saying when h e would be able to see him?
A:

(d) Why was Dick angry with the girl at the exchange?
A:

(e) What were Dick's tow reasons for telephoning Sam?
A:

(f) Why was Dick's company interested in Jackson's new patents?
A:

(g) Who was working on Sam's agreement with the company and what was he doing?
A:

(h) Why was the head of the company troubled about the agreement?
A:

(i) Why was Sam not ready to give an opinion about Jackson's patients?
A:

(j) What facts did Sam give about Cooper?
A:

(k) What was the bit of writing of which Sam had the copyright?
A:

(l) Why was it foolish of Sam to be certain if Dick would go to the meeting of the Society?
A: