There are two nouns in this Step whose plurals are not formed in the regular way by the addition of s.

All nouns ending in o, s, x, ch, except stomach, or sh add e before the s of the plural.

Some nouns ending in f or fe change these letters to ve before the s of the plural. In this Step we have:

A noun may be used like an adjective before another noun to qualify it in various ways that will generally be self-evident from the respective senses of the nouns concerned. Like a true adjective, a noun so used is not plural even when the noun it qualifies is. 1

•    The other ticket is in my other pocket.

•    Other white tickets are in the box.

Turn to the Table of Pronouns on (See Step 1/Pronouns) and learn the forms of the First Person Singular and the Third Person Singular. You already know I, my, and it. Examples of all these forms will be given in the next Section.

The form for the object (me, him, her, etc.) is used after operators (with the exception of is, are, and other forms of be) and after prepositions.

The chief tenses of the four new operators taught in this Step are given in the above Table. Here you will learn only the Present Tense.

So far, “take” has been used as the opposite of put (that is, in the sense of transfer from a position as opposed to transfer to a position). It is now to be noted that it may also be used with to or some other preposition indicating destination, in the general sense of "transport" or 'convey."

On the other hand, take may be used without any sort of preposition in the sense of "take hold of" or, more generally, "take possession of".

The fundamental use of  “of” is as the sign for the relation of "belonging to" or "being owned by," in which sense it always comes between the name of something and the name of that to which it belongs. Of does not now name a position in space, but it was originally the same word as off, and it may be helpful to the learner to connect the two by reflecting that a part taken off something "belongs to" it in the sense of having come from it.

The use of the opposites “to” and “from” has been illustrated in the previous section connection with come and go, give and get. In addition, you will see there a similar use of from after take. It is to be noted that take from expresses mere removal, whereas take off is used only when removal is from a position on. In their root sense, to and from are never used directly after be.
“At” is the preposition used generally for indicating location. A thing is said to be at a place (that is, a point or area in space) or at some object which marks its position more or less exactly (that is, within the boundary of which, or near which, it is).

In this last example, at is very close in sense to by, but to be at the door is not merely to be near (by) it, but as nearly as possible in the same position of space with it, that is, right up to it. In addition, at is something used to give the idea that one object is near another for a purpose.

The sense of accompaniment expressed by “with” is extended to cover the idea of "having" (as a part or in one's possession).

“Across” completes the prepositions introduced in this Step.

The commonest position for an adverb qualifying an operator is at the end of the statement.

Like a phrase starting with a preposition, an adverb of place or time may be put after a noun.

Not is the adverb which forms the negative.

In statements with “be”, the adverb not is placed directly after the operator. The way in which the negative is formed with other operators will be dealt with later.

This is not a shelf.

The ticket is not in his hand.

In English, compound words are formed very freely and the sense of the compound is generally self-evident. Most of the compounds used in Basic are of this straightforward kind, though there are a small number whose sense needs explaining.

We have already seen that two nouns may be used together, the first qualifying the second. Compounds are frequently formed by joining two such nouns, one of the common types being that in which the first noun indicates the purpose or function of the thing named by the second. Sometimes the two nouns are simply out together as one undivided word, sometimes they are joined by a hyphen.

Compounds may also be formed with other parts of speech, but these are both rarer and, generally, less obvious in sense than the noun compounds. They will be introduced and explained individually in the course of the book, but we may give here tow simple examples.

“Another” (In additional or different)

“Into” ( which is used in place of in to indicate motion from out to in where here is not ambiguity, however, as with put and get, either in or into may be used for this sense.)

In the first two Steps, only the simplest word order needed for making statements was used. Naturally, the pattern of English sentences is not as rigid as this. For example, for the purposes of emphasis, or to avoid monotony, we frequently put an adverb or phrase indicating place, time, or manner at the beginning of the statement instead of at the end.

Certain special rules which apply when the operator is “be will” be noted later. 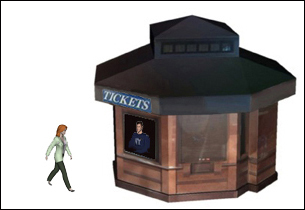 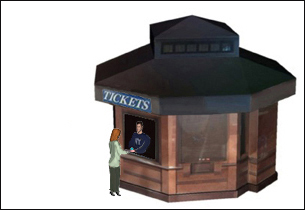 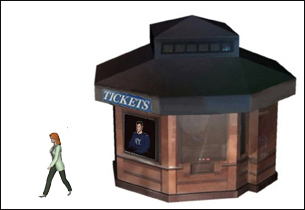